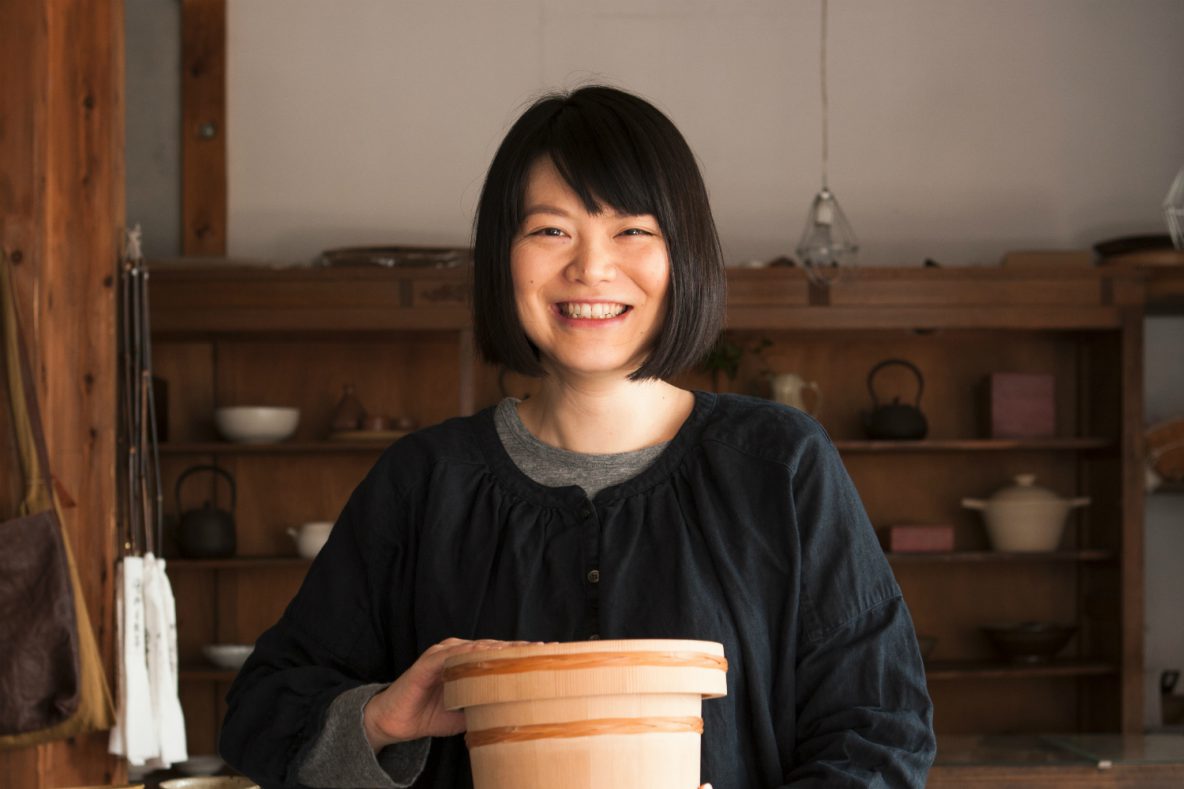 The windows of the smart shopping complex near Futakotamagawa station show off posters of pouty European models putting their faces to international names. The ritzy suburb appears to be all glittering high-end retail. But nestled on a pedestrian side street only a few steps away is a shop with a certain serenity. Beyond the open sliding door, noise and neon are absorbed by wood, iron, linen, and bamboo. Lettered discreetly on the window is ‘Kohoro’, a word that harkens back to a past time as it describes the sound of a horse’s saddle settling into its packing box. But if Kohoro offers not a wholesale return to a simpler way of living, it at least provides a way of adopting some wisdoms of generations of Japanese. Shopkeeper Hiromi Onda took over eight years ago, and has grown to love using its old-fashioned tools in her daily life. “Visiting friends always ask me to make white rice,” she says. “Apparently it’s special.” She’s young enough that even her mother’s generation used electronic rice cookers. But she says what makes her rice special is her clay gohan nabe, a crock pot that cooks directly on a gas burner. The thick pottery heats slowly and evenly, its heavy lid forcing the steam back into the grains. If there is any left over, Onda puts the rice in an ohitsu, a lidded container specifically for cooked rice. The ones at Kohoro are made from Akita Prefecture cedar, which maintains the fluffiness and moisture content of the rice, while its antibacterial properties keep it fresh for several days without refrigeration. She also likes using bamboo chopsticks with an extremely fine point. “They make it easy to eat anything, even something challenging like grilled fish,” she says. To make tea, Onda uses an iron kettle known as a tetsubin. Showing off one from an historic iron-working region of Yamagata Prefecture, she explains that when water is boiled in it, it picks up minerals from the iron that give the tea an extra smooth taste. Hers has a tiny Japanese eggplant moulded into its handle – a symbol of good luck. And for miso soup, she uses a bowl made of urushi, Japanese traditional lacquer. Unwrapping one of black, with subtle shimmers of a red under layer peeking through, she explains that with enough use, the black will start to wear away. Though this erosion lends its own wabisabi beauty to the lacquerware, the bowls do come with a lifetime guarantee: if the lacquer ever wears through, they can be returned to Kohoro for a fresh coat. So where to begin in infusing one’s modern life with a touch of ancient Japan? If Onda were to recommend one piece, it would be a ceramic rice bowl. It’s just the right size and shape to pick up and hold in one hand while eating, a mannerism that’s very Japanese. There are many patterns to choose from, reflecting the work and personalities of different artisans. And then, as Onda … END_OF_DOCUMENT_TOKEN_TO_BE_REPLACED