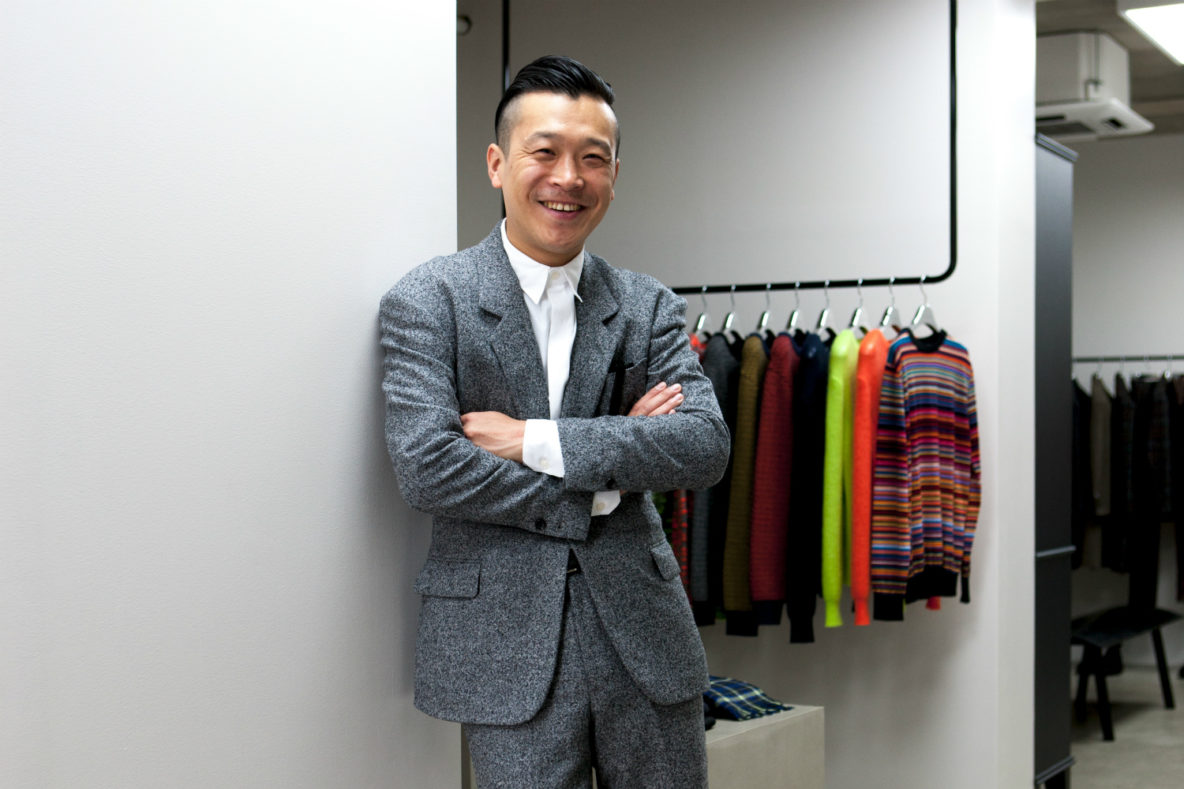 “I think in a sense my two worlds have a similar rhythm.”

John Lawrence Sullivan was a legendary Irish-American boxer and one of the last champions of bare-knuckle fighting during the late 19th century. How he would feel about his name being used for a men’s fashion label over 120 years later – and half a world away – one can only guess.

After boxing for 13 years – four at professional level – Yanagawa transferred his attention to the arena of fashion. The self-taught designer started with a collection of just three pieces: one T-shirt, one jacket, and one pair of pants. But within 10 years, he was showing in Paris alongside some of fashion’s biggest names.

“There is a sense of pressure and nervousness doing a show there,” he says. “People are free to give their honest opinion in Paris. Good is good and bad is bad.” As a result Yanagawa has learned to welcome straightforward feedback and channel it to reinvigorate his designs.

If Paris is the big match, then Tokyo is his training gym. Designers from all over the world visit every year to find inspiration from its obsessive early adopters. Most visitors merely scratch the surface, seeing only what the city chooses to reveal to them. Yanagawa, on the other hand, has lived here since he moved from his hometown of Hiroshima aged 17.

Immersed in the city ever since, he absorbs and understands not only its juxtaposition of tradition and modernity, but also the way conservatism and experimentalism harmoniously coexist here. This is Yanagawa’s edge – the spark to the unexpected designs of his label: the lines of classic tailoring, brought to life with confident dashes of colour and eye-catching details.

In 2011, he ventured into womenswear, an opportunity, he says, to showcase his boldest ideas. “Some of my extreme silhouettes would be too much for men. But I started thinking they could work for women,” he explains.

John Lawrence Sullivan now has three standalone stores in Japan. The Tokyo shop opened in 2008 in the Naka-Meguro neighbourhood and its stark concrete design is a reflection of Yanagawa’s own strength of character.

“I don’t think there are many people who have moved from boxing to fashion,” he says, although he’s quick to add that the two vocations are not as dissimilar as they may appear. The long months he once spent training for a big match were good preparation for the dedication required to cope with the lead-up to a fashion show.

“You spend half a year getting ready for something that only lasts a few minutes, and then you start all over again from the beginning,” says Yanagawa. “I think in a sense my two worlds have a similar rhythm.”

Unearth the JLS store just a block northeast of the Meguro River, in an area where independent shops and specialty fashion labels are found in all directions, and around every corner. For this reason it’s worth dedicating a half-day to.

Unearth the JLS store just a block northeast of the Meguro River, in an area where independent shops and specialty fashion labels are found in all directions, and around every corner. For this reason it’s worth dedicating a half-day to.