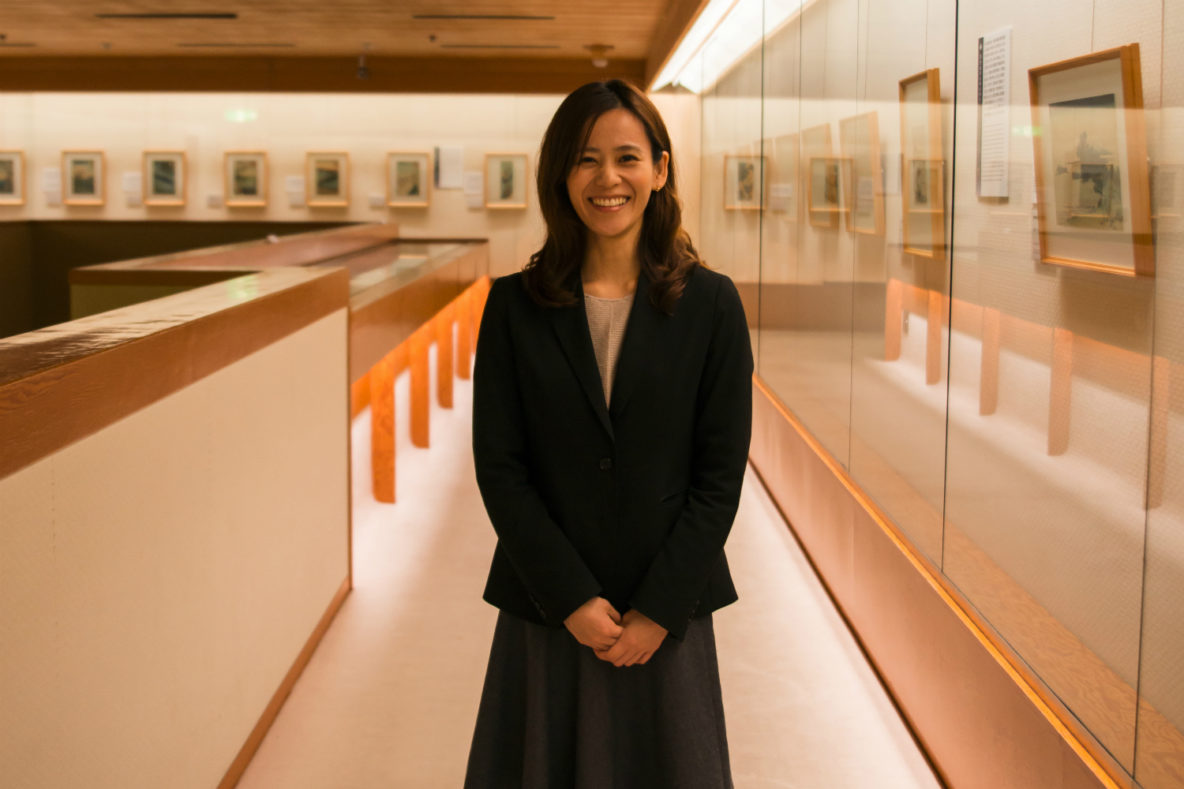 “These pictures helped set trends that influence us even today.”

With its pop boutiques and streets packed with fashion-crazed teens, Harajuku may feel like an odd place to go to look at woodblock prints. But Michi Akagi, curator of the Ota Memorial Museum of Art, doesn’t entirely agree. “Young women 200 years ago looked at these pictures for fashion and make-up tips,” she explains. “So they were not that different from the Harajuku girls of today.”

It’s true, ukiyo-e (the name means as ‘pictures of the floating world’) were the gossip magazines of their era, purveyors of fashion and scandal. Produced cheaply for mass consumption until the 19th century, they idolised kabuki stars, lionised sumo wrestlers and made pin-ups of fashionable courtesans. Some functioned like travel magazines, promoting scenic spots around the country, while others raised eyebrows with their graphic erotica.

The late insurance magnate Seizo Ota, who died in 1977, recognised the value of the prints at a time when other establishment grandees dismissed them as lowbrow fodder. He used his personal fortune to fight the tide of foreign demand. Sold by the pound, the pretty pictures were often used as linings for the souvenir boxes of early international visitors. When they reached Europe, artists including Vincent van Gogh admired their exotic imagery and unusual lack of perspective.

The museum Ota built to house his collection occupies a low-rise modernist building in one of Harajuku’s many hidden corners. Works in the main gallery are arranged around a rock garden complete with a bench for contemplation. The collection has grown to about 14,000 prints and scrolls, including works by Hokusai Katsushika, Hiroshige Utagawa and Utamaro Kitagawa, the discipline’s most famous artists.

Ukiyo-e artists were the political satirists of their time, delighting the masses with their cheeky antics. Utamaro in particular was famous for his portraits of beautiful women, especially geisha from the infamous pleasure quarters. “These courtesans were banned from appearing in ukiyo-e prints at that time,” explains Akagi, referring to shogunate laws to stamp out decadence. “But Utamaro pictured them anyway, and in his prints he left small hints as to their famous names. The public loved these illicit riddles. His work was the people’s art.”

The people’s art of modern Japan is the comic book, or manga – also dismissed my many in the elite as lowbrow fodder. The word manga was used by Hokusai to describe the ‘playful sketches’ he made for his students to copy. Even today, manga artists reference books of the artist’s sketches like church-goers consulting their bibles. “These pictures helped set trends that influence us even today,” says Akagi. “So what better place to show them than in one of the coolest neighbourhoods on the planet?”

The museum changes exhibitions frequently, and is always closed for a period during the changeover from one to the next. The basement shop selling tenugui cloths and other fabric products is worth a visit and is open every day except New Year holidays.

The museum changes exhibitions frequently, and is always closed for a period during the changeover from one to the next. The basement shop selling tenugui cloths and other fabric products is worth a visit and is open every day except New Year holidays.