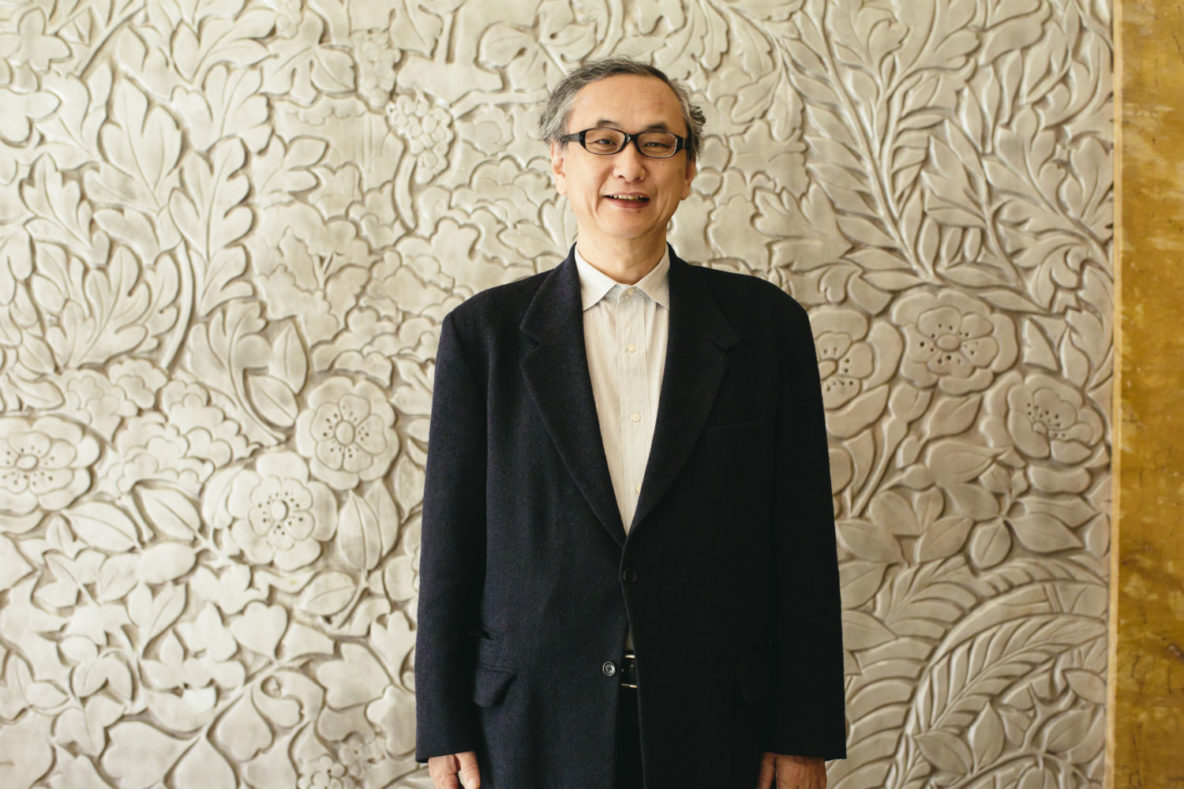 “Decoration is what connects everything.”

Completed in 1933, the property that is now home to the Tokyo Metropolitan Teien Art Museum was originally the private residence of Prince Asaka and his wife, who became fascinated by Art Deco while living in Paris in the early 1920s. The couple commissioned Henri Rapin to design many of the home’s interiors, and Rapin enlisted the help of other prominent artists of the time, including René Lalique.

“At the time, Japanese people greatly admired and dreamt of Western Europe,” says Toyojiro Hida. “And this building is a realisation of those dreams, of true French Art Deco style. I want visitors to feel how that dream was realised when they visit the museum.”

Hida has over four decades of experience in the art world, but only since taking over as director of the Teien Museum in 2016 has he come to realise the significance of decoration as a field of art.

“There’s a paradigm that starts with fine art, then decorative arts, then architecture and design,” he says. “But that paradigm has no relation to this museum. This place is more free, more open than that, which is its biggest appeal.”

The inspiration for dedicating the Teien Museum to decoration—not decorative arts—came from the building itself, which is one of Japan’s best examples of Art Deco design.

Walking through the front entrance hall with its striking Lalique glass-relief doors and mosaic floor and into the walnut-panelled great hall, it’s hard not to imagine scenes of Gatsby-esque splendour. Hida says his favourite piece in the museum is what is known as the ‘Perfume Tower,’ a Rapin creation named for its original purpose as a fountain that also filled the space with the princess’s preferred scents.

Other significant elements of the building’s design include chandeliers by Lalique, wall paintings by Rapin, reliefs by Ivan-Léon Alexandre Blanchot, etched glass doors by Max Ingrand, and iron decorations by Raymond Subes above some doors. The majority of the building’s design elements and furniture are original, commissioned specifically to fit the architecture designed by Yokichi Gondo.

“The building is the result of cooperation between Japanese and French craftspeople and designers, who worked together to complete it,” Hida says. “And the impressive thing is that the French artists never came here and saw the house in person. Everything was done by sending ideas back and forth via post.”

“Art Deco was created by the French bourgeoisie, and the bourgeoisie were very democratic. They took in everything, from Brazilian ebony trees to decorations from the Nile region in Africa, in order to create the culture of Art Deco in Paris. So since the original concept of Art Deco was kind of that anything goes, anything can look at home in this space. As long as the decoration is clearly expressed, it works.” Hida says. “Decoration is what connects everything.”

The Teien Museum is set back from the road amongst a peaceful garden, so be sure to take a stroll through the grounds during your visit. For even more communing with nature in an unmanicured setting, the Institute for Nature Study is located just next door and offers a quiet reprieve from the commotion of the city.

The Teien Museum is set back from the road amongst a peaceful garden, so be sure to take a stroll through the grounds during your visit. For even more communing with nature in an unmanicured setting, the Institute for Nature Study is located just next door and offers a quiet reprieve from the commotion of the city.