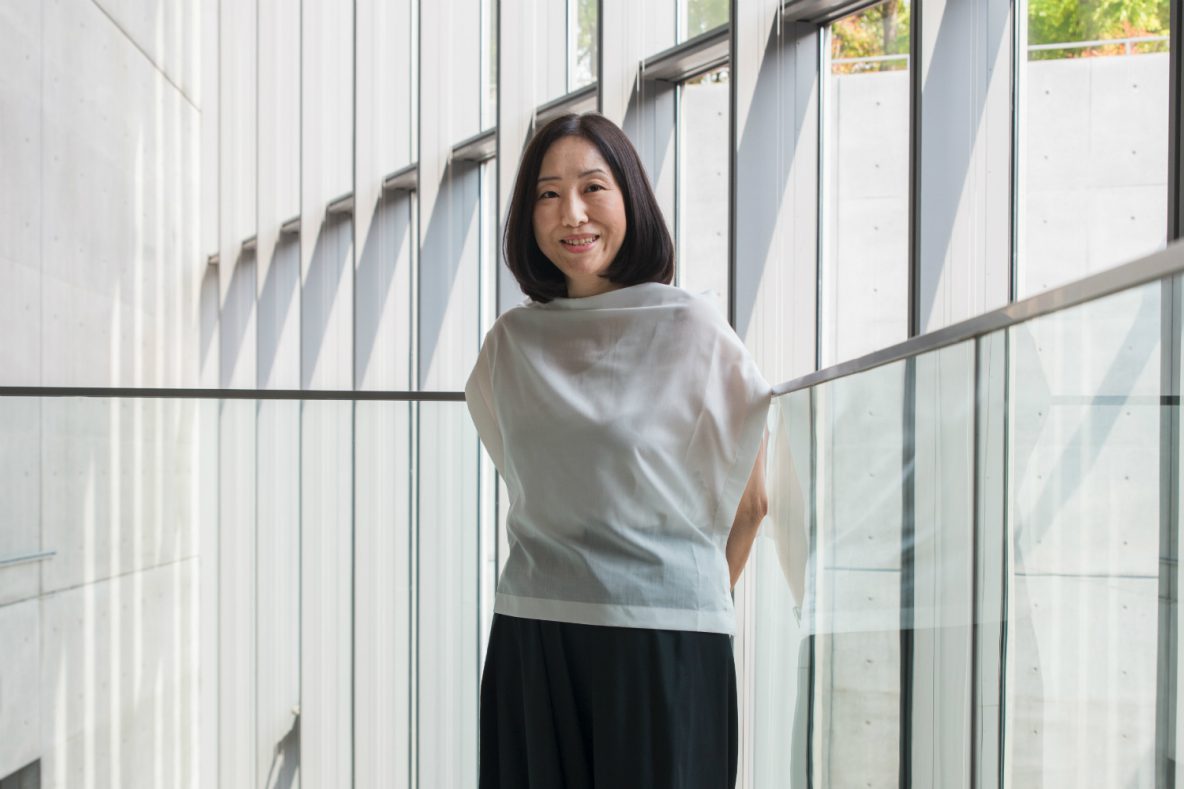 Don’t go thinking that 21_21 is a museum. It can’t be, because it is without permanent collection. But then, neither is it a gallery – its expansive mission is bigger than that. How, then, to explain it? “Most museum and art gallery directors come from the curatorial side,” explains Associate Director Noriko Kawakami. “What’s so special about 21_21 Design Sight is that the directors are all working designers.” They are, in fact, more than that – they are three of the biggest names in the Japanese creative industry: graphic designer Taku Satoh, industrial designer Naoto Fukasawa, and fashion designer Issey Miyake, who has been the project’s driving force from the start. “Another reason we’re different from an art gallery is that we exhibit familiar things from everyday life,” says Kawakami. “But we want to show their beauty and emotion.” During the first half of 2014, Satoh and anthropologist Shinichi Takemura co-directed an exhibition titled ‘Kome: The Art of Rice’, which explored how the humble grain has enriched Japan’s design traditions as well as its diet. A previous exhibition curated by Satoh investigated water, while another by Fukusawa was named ‘Chocolate’. One of Miyake’s motivations has been that, despite its cultural affinity for beautiful and functional things, Japan has no official museum of design – although he never intended for 21_21 Design Sight to become that institution. His is a more modest goal, formulated with the help of late sculptor Isamu Nogichi, architect Tadao Ando, and several others: to create a space where people can experience good design and understand its transformative possibilities. Ando and Miyake collaborated on the structure of the building using the latter’s concept for making garments from a single piece of unbroken thread. Approaching the building through the surrounding gardens, visitors catch sight of two massive triangular roofs at ground level, each made from giant sheets of folded steel. Beyond the entrance, the exhibition rooms are subterranean and surround a sunken courtyard framed by large windows. On sunny days dramatic shadows move slowly across the cavernous space. Kawakami and the three directors meet monthly to brainstorm ideas and choose a curator for each show. For everyone involved, an open mind is imperative: while assisting Satoh in the preparations for ‘Water’, Kawakami says she worked with a scuba diver, an astronomer, a biologist, and other unlikely professionals. “What keeps every exhibition interesting is that each has its own methodology,” she says. “There are never any prepared answers. There are never any rules.” 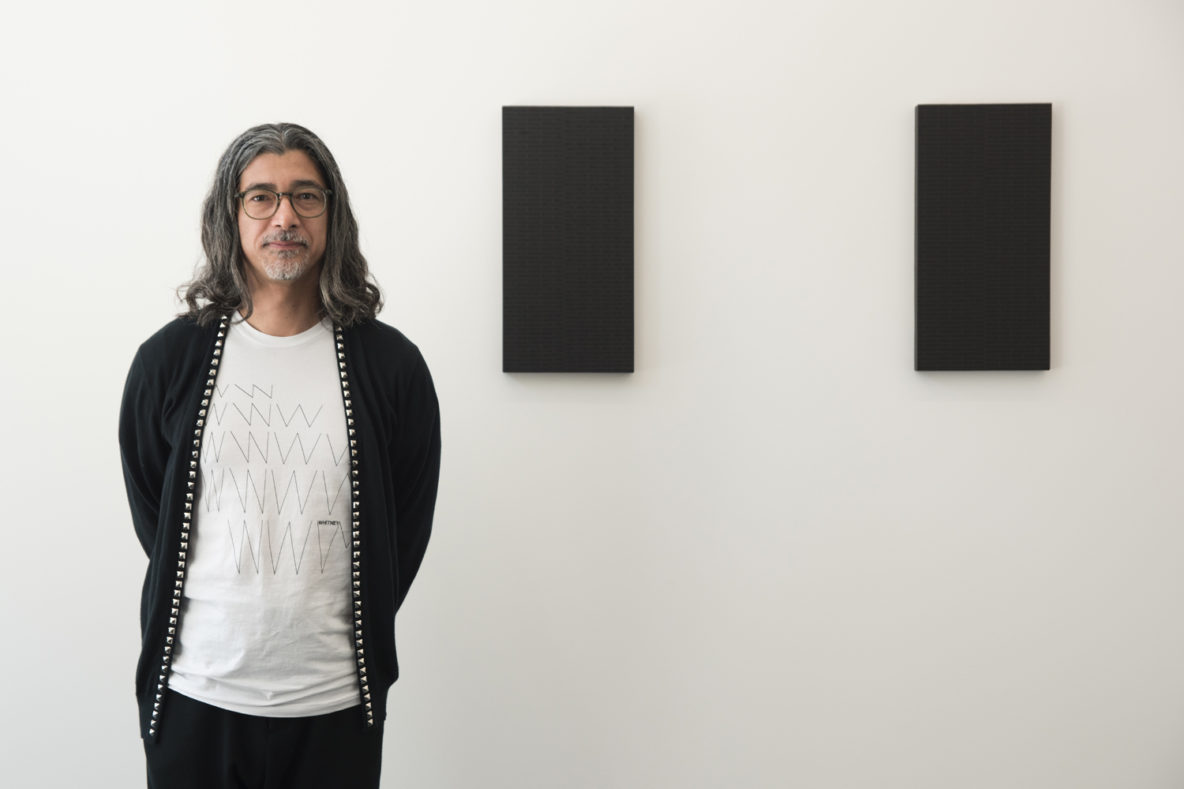 Taka Ishii had his heart set on becoming a painter while studying for a fine arts degree in Los Angeles. Until, that is, the day he saw photographer Larry Clark’s “Tulsa” prints in Los Angeles. “I was shocked to see his work,” says Ishii. “There was lots of violence and drugs. I liked it. It was like watching a documentary.” When he returned to Tokyo from LA in the early 1990s, Ishii discovered Japan had its own photographers working in a similar vein, people such as Daido Moriyama and his iconic 1979 image of a stray dog, “Misawa”. “That was the start,” Ishii says of his then-nascent career path. When he opened his first gallery in 1994, it was with a solo show of the same Clark that had originally inspired him. A year later, he showed Moriyama’s works for the first time. “To exhibit those two photographers was a dream come true,” Ishii says. The reality of operating a gallery, however, was harder than he had expected. “I had worked as a private dealer, but never in a gallery before,” he says. “I didn’t know the system. I had to learn everything from scratch.” Tokyo had few international contemporary art galleries at the time, and Ishii did not know any collectors. He reached out to magazines and newspapers to attract media coverage. Slowly, collectors followed. Fortunately, his original gallery was located in the first floor of his family home, and was therefore rent-free. Low-key, soft-spoken and with an air of disheveled cool, Ishii is now one of Japan’s most successful contemporary art dealers, with two galleries in Tokyo and one in New York City. His stable of established artists includes Moriyama, Nobuyoshi Araki, Naoya Hatakeyama, Thomas Demand, Sterling Ruby, Dan Graham, and Cerith Wyn Evans. He also actively promotes up-and-coming Japanese photographers and mixed media artists. These days, Ishii’s collectors mostly come from abroad. The domestic market remains a challenge. A difficult venture in Kyoto proved that point. He and a fellow Tokyo-based gallerist opened a collaborative space in the ancient capital in 2008. But collectors there, wary of outsiders, wouldn’t buy from them. “You need a strong connection with the local people, especially in Kyoto,” he says. “We didn’t have that. I really was too bad.” The space closed in 2013. Ishii remains optimistic – the trends are moving in his favour. Japan is becoming an international destination, and the number of young Japanese collectors is steadily growing. “Interest in post-war Japanese photography is growing abroad. Even foreign museums are buying now,” he says. “We have so many great photographers. Helping them reach a global audience is my ultimate reward.” 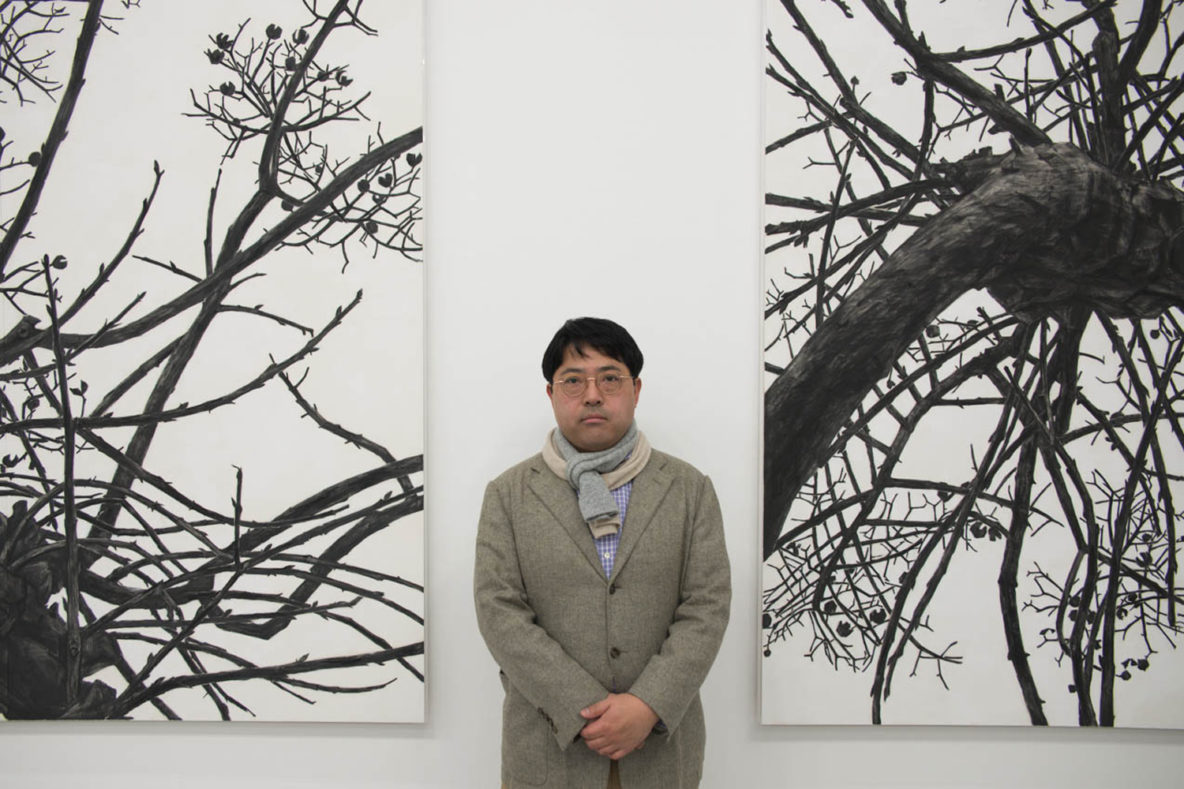 Tomio Koyama’s passion for contemporary art began, like many great love affairs, in Venice. It was the 1990s, and the future gallery owner was attending his first Venice Biennale. Lost in the narrow, twisting lanes, he was hunting down a space showing works by the late conceptual artist Dennis Oppenheim. Two deer sculptures with flaming antlers were the clue he needed. Deep inside the building, Koyama discovered a world he had never imagined. “It was filled with famous collectors and artists of all kinds, all mingling and drinking together,” he says. “I could feel the power of art. I really wanted to make something like this. I knew the variety and creativity suited my personality.” Koyama was 33 when he opened his first Tokyo gallery in 1996 in the same place as the Sagacho Exhibit Space in Tokyo’s Koto district. The 1927 red brick warehouse was once a rice market, and the first exhibition space for what became some of Japan’s most influential contemporary galleries. At the time, Koyama was among a new generation of gallerists looking for alternative spaces and collectors beyond Ginza, once the heart of Japan’s art scene. “My gallery and my generation are very different from older Japanese art gallery owners,” he says. “They were from inside Japanese society representing Japanese collections and bringing in historically big name foreign artists.” In contrast, Koyama says, he had to focus on international art fairs when he started because at that time there were no buyers in Japan who were interested in works by the young artists he was representing. His big break came when he began showing two up-and-coming artists, now world famous, Takashi Murakami and Yoshitomo Nara. The former he represented in Japan from the mid-1990s to early 2000s; the latter remained with him for a remarkable 19 years. Buyers still ask him for ‘the next Murakami’ – someone Koyama has yet to find. “Murakami’s style was so unique in the ‘90s art scene – a genre all of its own. These days, we have a new generation of artists in Japan, all highly trained, and all with their own styles,” says Koyama, who represents about 50 emerging and established contemporary painters and sculptors out of his gallery space in Roppongi. Through Koyama Art Projects, Koyama and his team curate exhibits at other spaces outside of his own gallery. One of his goals through these projects is to develop a new ceramic market combining the skills and aesthetics of older generations with those of younger, contemporary potters, and introducing their works outside of Japan. “We have a huge variety of artists, artworks, and accumulated technical skill in Japan,” he says. “These artists are ambassadors for our cultural spirit.” 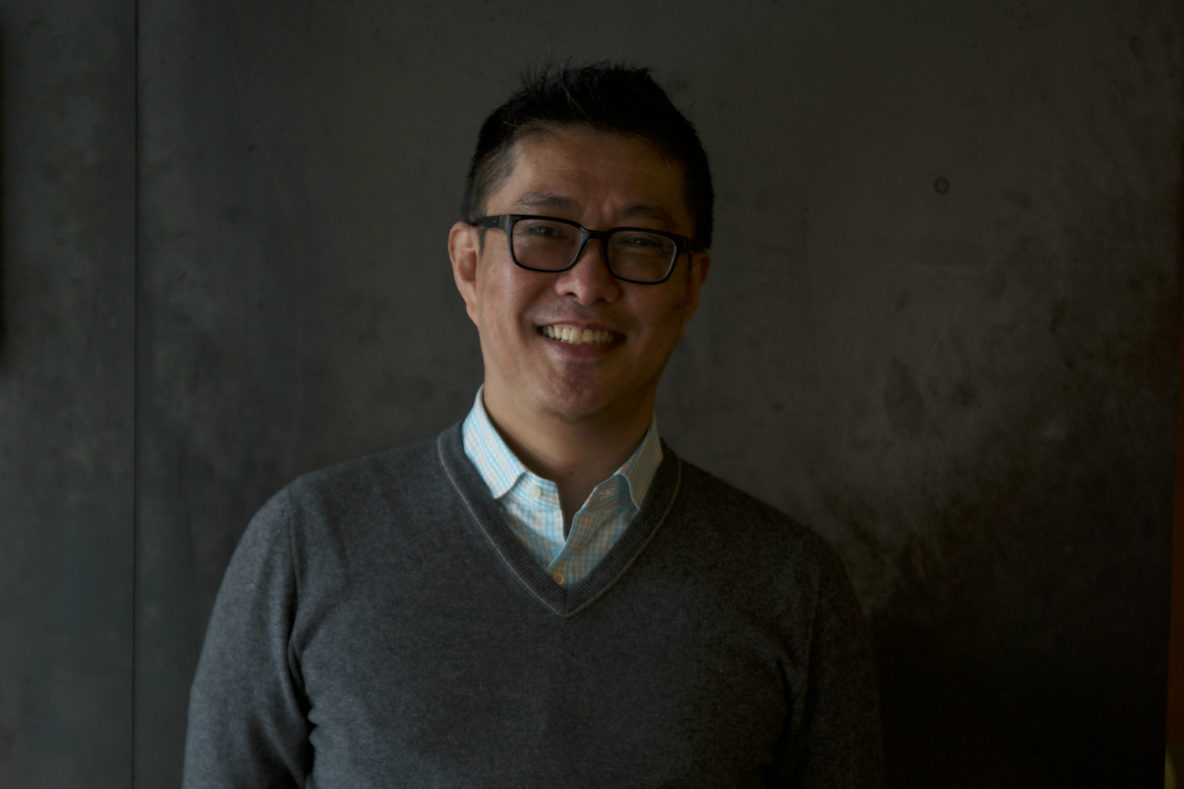 When Koichi Kobari abruptly closed his much-loved New York soba restaurant Honmura-an, food bloggers broke the news like they were announcing a death. But the Big Apple’s loss was Tokyo’s gain: Kobari now runs an equally successful restaurant in the heart of Roppongi. Honmura-an New York was the first top-class soba restaurant outside Japan. Opened in 1991 and closed in 2007, it won the favour of SoHo locals, New York foodies, and a smattering of celebrities. It wasn’t the first time the Kobari family changed the history of soba cuisine. In the 1960s, Koichi’s father, Nobuo, was one of the first to turn a common fast food into refined cuisine, milling top-quality buckwheat on the premises and paying keen attention to design and décor. Tokyo’s middle class couldn’t get enough of it. Koichi, at the time a headstrong, independent young man, had no intention of being part the family’s noodle business. He moved to California to study, and later took a job as a management consultant. He was living the American dream. “But all the time, I had this nagging feeling,” he recalls. “Then one day, my father came to visit.” Nobuo had an idea. It was the heady era of the bubble economy. Mitsubishi had just bought the Rockefeller Center. Anything seemed possible. Nobuo wanted to open a restaurant for the planeloads of Japanese businessmen doing deals in New York. And he wanted Koichi to run it. “He was smart,” says his son. “He always wanted me to be part of the family business, but he knew I had to do it my own way.” Kobari ran Honmura-an New York for 16 years, using buckwheat flour from the Japanese countryside and chefs sent on rotation from Tokyo. The decision to close was an emotional one. Koichi’s father had passed away and it was time to return home. In Tokyo, he left his sister to run the main restaurant in Ogikubo, while he took charge of the less-famous Roppongi branch. The same designer he had used in New York soon replaced its traditional fixtures and fittings with a modern interior. His Japanese chef from SoHo came too. Today the soba noodles are still made to the Kobari family recipe, while contemporary side dishes and seasonal specials – grilled pork and apples with spring onion miso sauce, for example, or tender Hokkaido squid with ginger – add a sense of culinary adventure still rare on most soba menus. “It has been six years, but we still have a few parties from New York every night,” says Kobari, visibly moved by his customers’ loyalty. “It’s flattering, it’s overwhelming, it makes me remind myself every day to be thankful. And I think my father would be proud.”